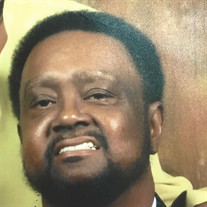 Mr. Jones was born on July 6, 1953 in Natchez, MS, the son of Florean White Jones and Merrick Jones. He attended high school. Charles was a carpenter with Jones Builders. He was a member of Smithland Baptist Church where he served as Sunday... View Obituary & Service Information

The family of Mr. Charles Davis Jones created this Life Tributes page to make it easy to share your memories.

Send flowers to the Jones family.